Headquartered in Madrid (Spain), we are dedicated specialists in White Collar Crime and Criminal Law. Less than one year after our Establishment in 2015, our firm was awarded by Corporate Livewire as the “Boutique Criminal Law Firm of the Year in Spain”. We endeavor to provide our clients the highest standard and cutting edge legal counsel, through an efficient, discreet and tailored approach. With the personal involvement in the design of defense strategies and through direct contact with our firm’s director, Juan Alberto Díaz Lopez, our clients are guaranteed an unequivocally personalized service and legal counsel of the utmost value. 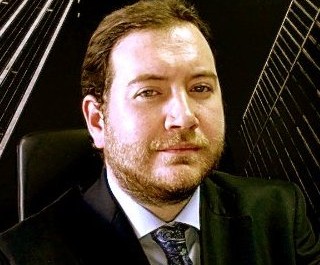 As a specialist in White Collar Crime and Criminal Law, Juan Alberto Díaz has taken part and advised on several of Spain’s most complex White Collar Crime and relevant proceedings in recent years. He has been selected by prestigious international legal directories as one of the best Criminal Law practitioners in Spain (e.g., Best Lawyers, uninterruptedly since 2013). He has also been recognized as one of the winners of the 2016 Legal’s Finest 200 Awards (“Client’s Choice – White Collar Crime in Spain”) and has been inducted as an Illustrious Correspondent Member of the Spanish Royal Academy of Jurisprudence and Legislation. Mr. Díaz combines his legal practice alongside his lecturing and legal research activities as a Professor of Criminal Law at the leading University of Madrid (Universidad Autónoma de Madrid). He also teaches graduate and upper-level courses in a number of higher learning institutions.

Holder of a Ph.D. in Law, Advance Studies Diploma (DEA) in Criminal Law , Specialist in Victim-Offender Mediation, and Graduate of Laws and Political Science, Juan Alberto Díaz is bilingual in Spanish and French and fluent in English and German.

The Director of our firm, Juan Alberto Díaz, has authored numerous legal publications. He has been recognized as the first place winner of the III Edition Specialized Monographs Prix held by the Bar Association of Madrid (2011). Among his comprehensive works are his books on the Aggravating Circumstance of Article 22.4 of the Spanish Criminal Code (Civitas, 2013), The Crime of Identity Theft (Dykinson, 2010) or Precautionary Measures and Tax Fraud Crime (Francis Lefebvre, 2019). Mr. Díaz has authored research and scientific articles on various issues of Law. Selected works include: the Ne Bis In Idem (Diario La Ley, 2008), Victim-Offender Mediation And Criminal Liability of Corporations (Indret, 2011), Civil Liability Ex Delicto of Financial Institutions (Revista de Derecho Bancario y Bursátil, 2014/Journal of Banking and Securities Law, 2014) and issues surrounding the granting of Pardon (La Ley Penal, 2015), loan agreements and criminal liability (La Ley Mercantil, 2015) or the money laundering crime (Diario La Ley, 2015) He is also one of the authors of the Dictionary of the Spanish Royal Academy of Jurisprudence and Legislation (Thomson Reuters, 2016).

Criminal Prosecution and Assistance to Victims

By continuing to browse this site, you are agreeing to our use of cookies. More information.